It is needed to transform life to sing it then
Foundational Manifesto of Resistência, internal tendency of PSOL (Brazil)

“Rise, like lions after slumber in unvanquishable number! Share your chains to earth like dew Which in sleep had fallen on you: You are many – they are few!”

In its continuous effort to overcome its unbearable contradictions, capitalism strikes in the bloody paths of wars and social devastation. Dropped bombs and civil wars sponsored by the capitalist powers in the South of the Globe killed hundreds of thousands, not only directly by the weapons but also by the violence of hunger, drowned under the seas or killed at borders in desperate attempts to migrate. The violence of capitalism in the rich countries welcomes refugees and migrants with xenophobia and racism. But it also does not spare the nationally born people, as austerity policies remove rights and push into poverty ever growing layers of the working-class, even at the “most developed” nations. But if the situation is disastrous for 99% of the population, for the embodiment of capitalism – the bourgeoisie – it is very profitable: 82% of the world’s wealth produced in 2016-2017 was seized by the richest 1% of the population. “capital is dead labour, which, vampire-like, lives only by sucking living labour, and lives the more, the more labour it sucks,” as Marx explained a century ago.

Thus, where conventional warfare is not necessary, social war continues draining the blood of the working class. In Brazil’s recent years, unified around the agenda to quickly carry out the deepest attacks over the working class, the bourgeoisie mobilized middle-class sectors under the motto of “fighting against corruption” to support a parliamentary coup, leading to the government Temer and his allies, committed to apply the most devastating austerity agenda. Two years after coming to power, Brazil has over 13 million unemployed, with a quarter of the population living below the poverty line and the average salary of the employed falling significantly – more than half of them earning less than the minimum wage per month.

Within the framework of that general setback, Temer government has unparalleled low approval ratings, but it sustains itself by attacking the most elementary democratic freedoms and deepening the violence usually assumed by class domination in Brazil. Decades of “war on drugs” have resulted in a historically continued growth of violence, and not on its end. And that especially happens against the most precarious and pauperized fractions of the working class (mostly black) which lives in the favelas and outskirts of the big Brazilian cities. These are the ones who make up most of the tens of thousands murdered every year (many of them by the police) and many of the 700,000+ members of a prison population growing every year. Those daring to raise their voice against this jailing and killing machine created and fed by the state, are also targeted by it. The political assassination of the city councilwoman Marielle Franco was the most shocking example of the rising level of the old practice of murdering indigenous, landless, homeless, urban and rural leaders and activists from the most different social movements.

In the name of a supposed fight against corruption and urban violence, we are witnessing the most absurd legal manoeuvres that revoke elementary civil rights. We have also observed, since the last decade, the increasing use of the armed forces for public security tasks, culminating in the recent enactment of a federal military intervention in Rio de Janeiro, in a repressive escalation that enhances the shielding of the Brazilian democratic regime against any manifestation of unrest of the exploited and oppressed, once again revealing the autocratic face of bourgeois domination in the country.
Corruption and violence have been invoked by the far-right, especially one with a clear fascist inspiration, with growing ability to mobilize, becoming more audacious on its violent actions – against the oppressed sectors and the representations of the left and social movements – as well as more ambitious in their political-electoral claims. They are fed by fear.
We, however, are not afraid of the end of fear.

If we want to defeat them – and we really do! – we need to organize the many, with the working class at the forefront, mobilized around a radical agenda of social transformations, a genuine anti-capitalist program to combat all forms of exploitation and oppression, misogyny, racism, LGBTphobia, xenophobia. A program with no fear to resist in the present pointing to the alternative for the future: Socialism.

Much of the responsibility for the current situation must be attributed to the working-class parties, movements and leaders who, since the 1990s at least, but more markedly after the arrival of the Workers Party (PT) to the federal government, have renounced to the socialist agenda and any policies representing class autonomy. In the name of class conciliation, they disarmed the contestation of the status-quo. Not surprisingly, even when her deposition by the National Congress was already being announced, Dilma Rousseff insisted on the path of an austerity agenda, trying to convince the bourgeoise of her usefulness, instead of trying to mobilize the many for her defence.

Even moved away from the government, PT leaders and their representatives in social movements did not break with the class conciliation logic. When the general strike of 28th April 2017 showed that the general outrage with the situation could generate mass mobilizations able to defeat the government, the conciliatory leaders retreated, boycotting the subsequent movements, in the hope of being accepted again in the feast of bourgeois power, fuelling the illusion that everything would be as it was, with Lula in the office again in 2018. They did not understand that when they were “there”, they were servants, not guests.

The result of that immense conformation to the status-quo is there: Lula, leader in the electoral polls is locked in a solitary cell, because of a fragile judicial process, with very weak evidence, as it was Dilma’s impeachment process. Lula has our solidarity, in the same way we have opposed to the coup, because we know that every attack on democratic rights, every step of institutional regression, affects not only the PT, but also aims to silence any alternative in the left and stifle the anti-systemic potential of the struggles of the working class. That is why we also work to effectively build united fronts of struggles against the withdrawal of rights, attacks on democratic gains, and fascist-like threats on the horizon.

However, this willingness for unity to fight for the objectives of resistance, crucial on this juncture of setbacks, will not lead us to accept the desperate embrace of those who insist on class conciliation. The Brazilian working class needs a new Left, not afraid of exposing its socialist convictions and its radical agenda of breaking with the bourgeois order.

Reverse the sign of dispersion
The reorganization process of the left outside the PT started earlier but took shape after Lula’s first term in the federal government. The PSOL was its most significant expression in the party system. Building PSOL was a significant achievement because it represented a movement that broke both the barriers of the electoral legislation to grassroots political organizations and the intention of the PT and its allies to monopolize the working-class representation. For that reason, we will continue to build the PSOL, understanding its role as an electoral tool indispensable for the current process of socialist left reorganization in Brazil.

Building the PSOL, by recognizing its importance, does not mean to say that it is enough for us. In the electoral front, we will focus on building broader fronts of socialist parties and militant working-class movements, such as that currently held by PSOL, PCB, MTST, APIB and other social movements around the presidential candidacy of Guilherme Boulos and Sonia Guajajara. A slate that we have supported to launch and for which we will campaign enthusiastically.

We reckon that the PSOL is not enough for the working-class, also because its horizon is still strictly electoral, and its program continues linked to the democratic-popular strategy, designed by the PT in the 1980s and still not surpassed by the Brazilian left. We aim to deepen the process of the socialist left reorganization, because we reckon that it is necessary to sustain a programmatic debate, able to raise our level of understanding of the Brazilian and international reality and to present alternatives to this difficult situation. Being able to mobilize the working-class not only in the ballot box, but especially in the struggles and in the streets.

As we have already been stating since our firsts publications – both from the NOS (New Socialist Organization / Nova Organizacao Socialista) and the MAIS (Movimento por uma Alternativa Independente Socialista / Movement for an Independent Socialist Alternative) – we do not claim to be the only or the first ones to raise those issues. But we highlight our satisfaction at reversing the direction taken by most of the radical left’s recent experiences. We are the result of a merger, not a fragmentation process.

Since 2016, we understood that “the situation requires us to join forces, avoiding self-proclaimed paths, sectarianisms and dogmatisms.” After all, our challenge remains “to overcome the current fragmentation framework, to present the example of a unification with organicity, allowing us to contribute with the overcome of the current limits of the Left”. We absolutely do not intend to start from scratch. “We are a small branch in the big tree of the global revolutionary Marxism”, and so we have a valuable history of working-class struggles and organizational experiences to inspire and guide us. We also do not think that the organization we are now establishing is enough on itself, or that it means the overcoming of the fragmentation of the revolutionary socialists. Actually, it is the opposite; with patience and seriousness, we will continue researching for new syntheses and dialogues. We want the step we take now to be the first of many others in the same direction.

Considering that references are not dogmas and that we need to act on our current situation, we remain faithful to the goal of “wrest the joy from coming days”. After all, as we learned from a socialist and feminist activist, daughter of political exiles, born in London in the second half of the nineteenth century, who was active in organizing the most precarious sectors of the working class at that time:

“many people do not understand how much the notion of happiness is important to socialists, as it is at the very heart of Marx’s thinking. It is, after all, the great objective of our struggle, happiness – not as the simple pursuit of individual pleasure – but as the self-realization of the human being. (…) Many people … do not realize that being happy is something to be sought in the present; which should not be a utopia, but something necessary, now, something to be experienced from now on, something that makes us better as people and therefore more capable of facing the long struggle. I do not think I exaggerate when I think that the beauty of life, the joy of living is what should guide us and that is what can give us strength. That revolution means not only the search for life and freedom, but the search for happiness.”
Eleanor Marx (1897)
Merging Conference São Paulo (SP), 30th of April 2018. 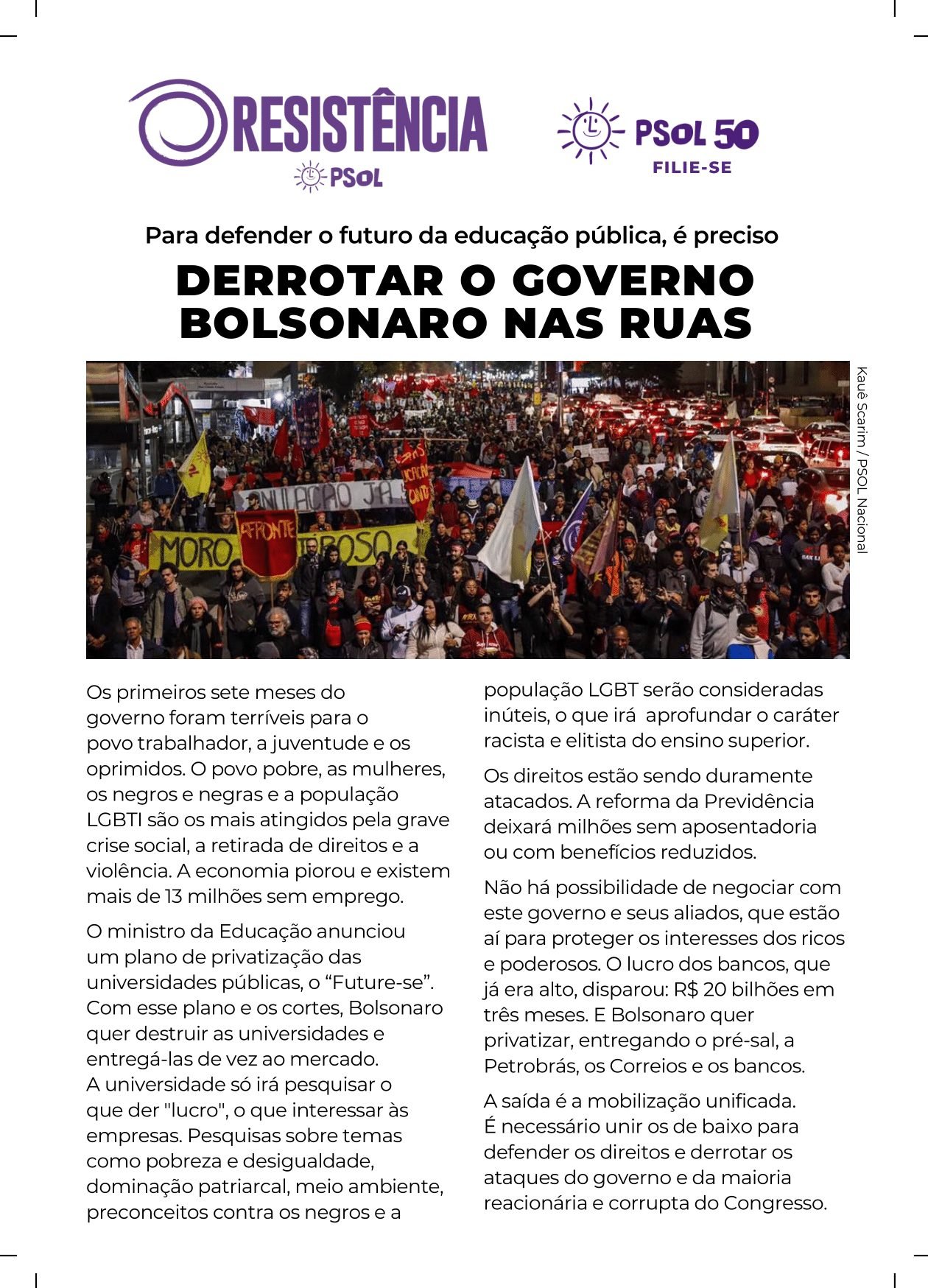 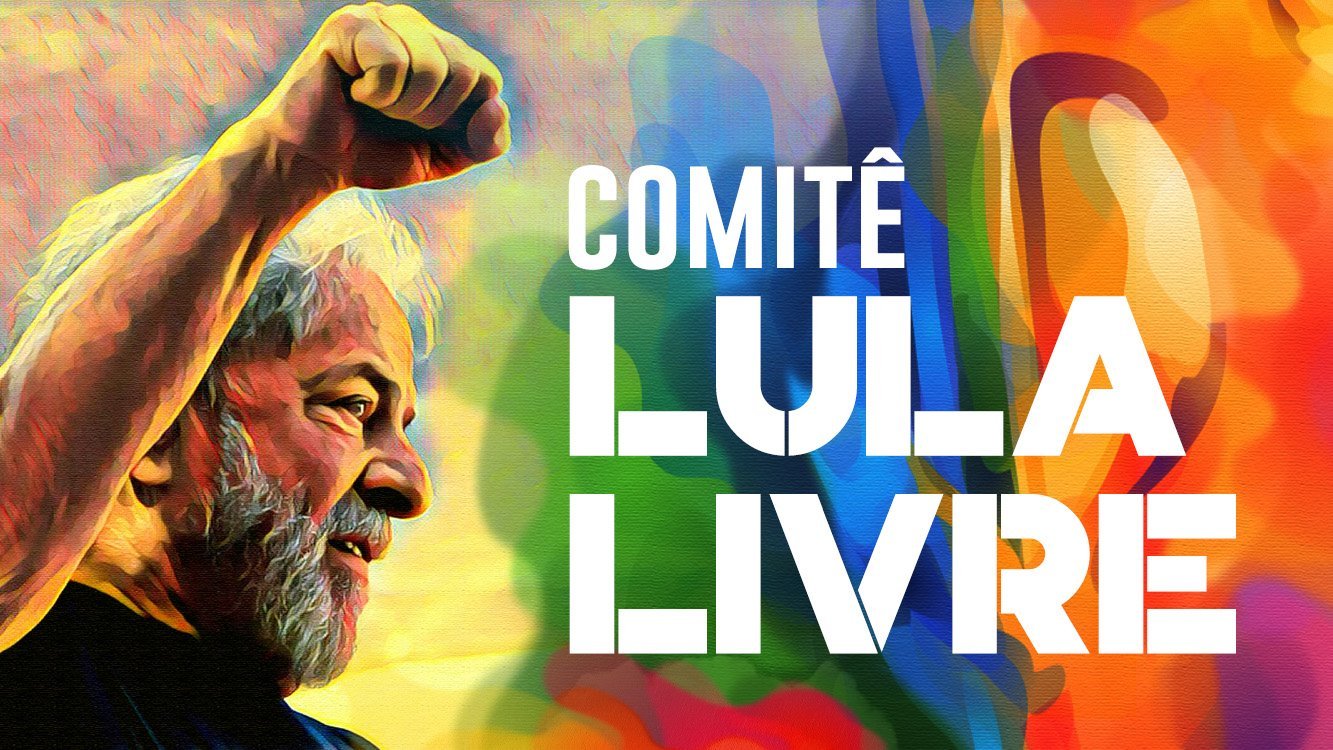